Return to the Mother: Initiation 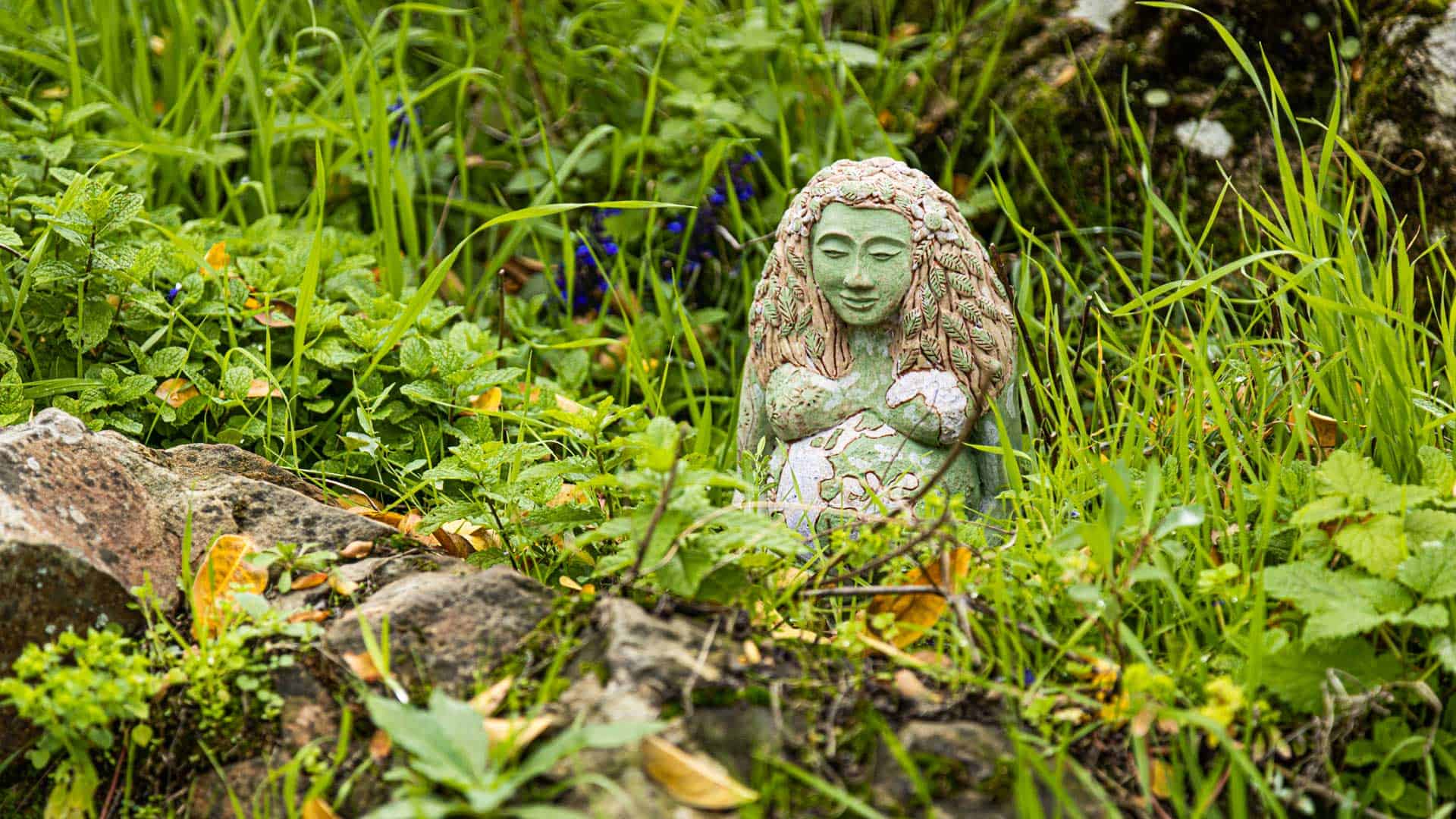 Winter Solstice occurs at the darkest time of the year when the days are short and the nights are long. At Winter Solstice, the Light is reborn in this darkness and the light begins to grow. It is a time of planting seeds of our intentions in the dark, fertile soil of consciousness so we can tend them into manifestation.

The planet Venus, the brightest light in the night sky next to the Moon, will be retrograde and conjunct the planet Pluto at this Winter Solstice. Venus represents the Divine Feminine in all Her many forms. When She is retrograde, she disappears from the western night sky for many days and returns as a morning star in the eastern sky. In ancient times, this was called the Descent of the Goddess into the Underworld where She is transformed and renewed. In aspect to Pluto, who is God of the Death and Rebirth, brings in the idea of an Initiation. As a collective as well as personally, we are in the midst of an initiation as we release what is no longer has life force. As we do we can plant the seeds of the future of a new humanity aligned with our Mother, Gaia.

We will be returning to our Mother as we enter a new paradigm of the embodied spirituality of the Divine Feminine. Mother Earth is calling us to align with Her and raise our frequency so that we can hold the new light codes that are coming and be anchor them in our bodies. We will be invoking the consciousness of Gaia to guide us through these times of great change.

We will also be invoking Great Cosmic Mother in the face of Isis/Auset, the great Egyptian Mother Goddess of Egypt. She carries the Unconditional Love of the Universe and helps us remember that we are beings of love. The Egyptians believed that the star Sirius was the celestial form of Isis so we will be graced with Her cosmic blessings as well as Her love. At this Winter Solstice, let us plant the seeds of love and allow the light codes to activate the light in our own DNA at this very special portal of cosmic consciousness.

Wendy Cummins, spiritual counselor, and energy healer, will grace us with her prayers and invocation of Mother Gaia, www.wendycummins.com

Sibyl Star will share guidance from the stars to understand and navigate these times as well as an invocation and messages from the Great Goddess Isis and Mother Gaia.

Suzanne Smith, the Celestial Voice, and sound healer, will lead us in a trance journey into the Unconditional Love of the Mother and then into a sound bath so we can feel that Love in every cell in our being.

(Ceremony will be recorded so you can participate any time you step into the field of this event. You do not need to be present)