What Would Kali Do? Libra New Moon 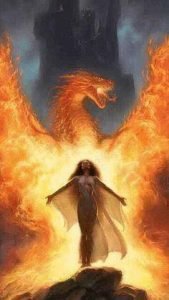 We are in the midst of a powerful transformational process now. The Great Mother as Destroyer is coming through with her sword of truth blazing, piercing the core of the collective wound and opening that wound for draining and healing. This New Moon at 16 degrees of Libra is conjunct Ceres, one of the Great Mother archetypes in our consciousness. Libra has to do with justice and the balancing of the scales. In that balance lies truth. The Egyptians had a concept called Ma’at which means the right order of things, justice and truth. The Great Mother is calling for injustice to be rooted out to bring the earth back into balance.

Pluto, God of the Underworld, is in Capricorn in a square to the Libra New Moon. We are being taken to the Underworld to root out injustice wherever it may lie and in Capricorn, it lies in the halls of power such as government, political, and business institutions. We are opening the door to the truth of what these entities have become and uncovering what corruption lies hidden. Pluto did the same house cleaning for the Catholic Church when he was in Sagittarius, although the corruption was so huge the cleaning is still going on. We are beginning to “drain the swamp” in many ways, it just takes time.

Venus, Goddess of Love and the ruler of this Libra New Moon, is in Scorpio and is retrograde. Venus in Scorpio can be highly sexual, passionate, fierce, honest and wielding the sword of truth. She is not one to be crossed.  In ancient Sumerian culture and mythology, the Great Goddess Inanna was the planet Venus and Sumerian world was determined by her movements. When Venus went retrograde it was believed that Inanna was making Her descent to the Underworld for renewal and regeneration, where she died and was then reborn. As Inanna stopped at each of seven gates, she was required to give up aspects of her worldly power to bare her soul to its essential core and to die to what was not authentic and true. The retrograde motion of Venus lasts 40 days and 40 nights, a symbol of spiritual renewal.

During this time of Venus retrograde we will be required to evaluate what has value and meaning in our lives and what no longer is true for us. There is a shedding of dead skin so what remains is vital and alive. This relates to each of us personally as well as our relationships. We may need to let some people in our lives go or renegotiate the terms of those relationships. Also, people from our past with whom we have unfinished business may show up.

Venus is in a challenging aspect (a square) to a Mars/Black Moon Lilith/South Node conjunction in Aquarius. Lilith is an ally of the Hindu Goddess Kali, destroyer of evil forces and personification of anger. Lilith was originally a handmaiden to Inanna who brought the people in for the sacred sexual rites of the Goddess. Those sexual rites were at the core of Inanna’s mysteries. But things changed with the patriarchal shift. “In Hebraic mythology Lilith is best known as the first wife of Adam who left her husband, choosing exile and loneliness rather than domination and sexual subjugation to Adam’s will. She was eventually distorted into a demoness.” (Demetra George-The Dark Moon Goddess in Astrology)

Demetra goes on to say, “Black Moon Lilith’s fiery sparks illuminate the truth that shatters delusions and allows us to see and name things as they are. With her crescent shaped knife, she cuts away all that is false, inessential or inauthentic in our lives. She forces us to look at ourselves with utter naked honesty and demand the truth in all things, from our families, partners, groups and government..She moves us to protest against those who have a vested interest in keeping us submissive and subservient.”

I see Lilith in the chart as the part of us that remembers that we own our bodies and sexuality; they belong only to ourselves, not our partners, families, religion or the state.  In Aquarius, Lilith demands freedom to make choices about our own bodies including sexuality. When curtailed, there is an underlying anger and fierceness that is unleashed.  In conjunction with Mars she means that we will battle anyone who feels entitled to violate our bodies. Lilith was originally in service to the Great Goddess and her sacred sexual rites. She helps us remember our own powerful natures, especially in relation to our bodies and sexuality.

Mars is the warrior energy, having to do with anger and violence as well as protection, action, courage and direction. The symbol for Mars is the universal symbol for male energy. The South Node represents the karmic past and we are dealing with the karma of thousands of years of a dominator culture. This is one layer coming off.  Violence against women, children and the powerless, especially sexual assault, is in the headlines and old memories enter our consciousness. The Supreme Court hearings and the testimony of a very courageous woman activated those memories. As Marin-Bach Anderson, a friend, stated in her column, “(The Supreme Court Hearings) managed to trigger the memories of countless women yesterday thus opening the ancient, unresolved wounds of grief, fear, past trauma, past life memories and the cellular, soul-level of feeling hurt and powerless for so, so long.” As the memories are released, the healing begins.

A male friend who I have not seen in almost 50 years responded to a post of mine yesterday. He had been responding with very gruff masculinity to the current happenings and a lot of my friends were very reactive. His posts were so bad a friend wrote and asked me if I knew him because he seemed like a troll. He ultimately confessed his own sexual assault as an adolescent by an older teenage boy. He had never told anyone before. We had a long and healing conversation about it.  It was the shame that kept him from speaking. As a mentor of mine says, “shame is the gate keeper.” It is what keeps us from speaking up because we somehow believe it is our fault. Once we confront the shame and speak what happened, the healing can begin. It is the sexual predator, dominator culture of toxic masculinity that we are being asked to confront and heal. Many men are allies in this battle for they have also been prey to this sick paradigm. We have all been affected. It is time for justice and holding people accountable for their actions. The collective wound is now open and draining.  There is a meme going around that says, “Things are not getting worse, they are getting uncovered. We must hold each other tight and continue to pull back the veil.”

The next election here in the US falls on the last day of this lunar cycle, November 6th.  The fury and rage that has been released as part of the healing process of the last few weeks can propel us to demand truth and justice on all levels of our body politic. But democracy is not a spectator sport. We must all be involved to create real change and that will require courage and action in whatever way we are called to participate. As Martin Luther King says, , “Our lives begin to end the day we become silent about things that matter.” Let us honor the anger that responds to injustice for it is a holy anger; it is Kali in action. “A good anger acted upon is beautiful as lightning and swift with power.  A good anger swallowed clots the blood to slime.”—Marge Piercy

What would Kali do? She is putting out a call to action to balance the scales of justice and act upon our good anger. For there to be balance in our halls of power, the power structure must look more like its constituents. This election year there are many more women and people of color running for office than ever before. It is time for women and people of color to claim their power and lead.

We must also look within our own hearts for where we are out of alignment with our own inner truth.  To be aligned with Ma’at or the right order of things, our hearts must weigh no more than the feather of Truth. That Truth is Love for it is the only thing that can balance the scales of justice.  When we take our sacred anger and place it in service to Love there is nothing we cannot accomplish!