Behold There Is Magic All Around You! Pisces Full Moon Lunar Eclipse 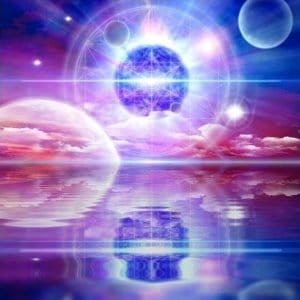 “Behold there is magic all around you!”  These are the lyrics of a pagan chant I used to sing and it describes the energy of the Full Moon Lunar Eclipse at 25 degrees of Pisces. The Moon has always been associated with the feminine and in many cultures, a face of the Great Mother. Pisces is a sign that has to do with intuition, magic and healing as well as ruling the waters of the world where there is much mystery. Lunar eclipses, where the light of the Full Moon is blocked by the shadow of the Earth, have always been a very mysterious and magical time.

Another sign of magic afoot is that during the time of this Lunar Eclipse and for all of September, the planet Jupiter is very close to the Super Galactic Center at a little more than 2 degrees of Libra. “The SCG is a colossal Black Hole around which our Milky Way and many other galaxies revolve. Electromagnetic energy from the SCG acts as a spiritual beacon, triggering a deep, cellular remembrance of our cosmic origins and impelling us to embody the destiny encoded in our birth charts.” Stephanie Austin

Jupiter moved into the sign of Libra on Sept. 9th and will be there for the next year.  Jupiter is known as the Great Benefic who brings opportunities and good fortune. In our personal charts, it shows where we have Divine Protection, some call it’s placement where our Guardian Angel resides. In Libra issues of justice, fairness and balance will be at the forefront of the next year. A good example of this is on the day Jupiter moved into Libra, Sept. 9th, the ruling for Standing Rock Sioux Tribe and their confrontation with Dakota Pipeline Access came down. The judge did not rule in their favor but three governmental agencies including the Dept. of Justice temporarily blocked the work on the pipeline near the tribe’s reservoir, Lake Oahe and the Mississippi River. They also set the stage for a nationwide reform, establishing consultation with tribes regarding the need for meaningful tribal input for all pipeline projects in the future. This is a small victory but none the less, very encouraging. The battle for justice will continue.

Pisces is related to the Great Cosmic Sea of consciousness and to the Waters of the World. We know our water is in trouble and is calling out for help. There has been a prophecy that the Four Elemental Mothers are angry with us for how we have been treating Mother Earth and especially the water. This eclipse in Pisces feels like a big prayer being set in motion for the “Water Protectors” at Standing Rock and for all those who protect and care for the waters of the world.

The Pisces Full Moon Lunar Eclipse is in opposition to the Sun in Virgo and Mars in Sagittarius, creating a pattern called a T-Square with Mars at it focal point. Mars in Sagittarius is a spiritual warrior, fighting for truth and justice. Mars in Sagittarius also asks that we align our will with Divine Will. When we stand our ground for what we know in our hearts to be true we are aligned with Divine Will. As we stand in the light of our own integrity, we know that when we serve the larger vision, we serve ourselves. When we stand together, aligned with Spirit, we change the world. Those with the power will not give up easily but as Dr. Martin Luther King says, “The arch of the moral universe is long but it bends toward justice.”

Lunar eclipses often reveal previously hidden or unknown to us parts of our lives. The Moon being in Pisces can show us the places where we choose to believe things that are not true due to fear or comfort.  Lunar eclipses in Pisces can also  lift the veil of the lies we have been told by our government, our culture, our religion and our families; how we have been conditioned to believe lies about who we really are. During this eclipse cycle, a video created by a group of physicists, architects, engineers and others about the forensic evidence of 9/11 is being shown online by KQED, the San Francisco PBS station, the link is http://www.pbs.org/video/2365826490/ or it can be watched at www.911Experts.org.  Check it out. Only when we know the truth of a situation can the healing begin.

Chiron, the Wounded Healer, is also in Pisces and conjunct this Full Moon Lunar Eclipse. I have come to understand the wound that Chiron represents becomes our medicine or in the Native American meaning, our gift or power, as we do our own healing work. The wound of Pisces is feeling like a victim; the medicine is compassion. For if we have never felt pain and suffering we could never feel for another. So as we feel compassion for others, it is important to practice “radical self-forgiveness,” to have compassion for ourselves. We can only heal our world by healing ourselves.

Pisces is often viewed as “otherworldly,” it takes us into the world of Spirit and into ourselves. The “otherworld” includes the inner world of feeling and deep thought, but also the realm of imagination and intuition. It is a time when our souls need food just as much as our bodies. Pisces carries us into the dreamtime where messages from our deep selves make themselves known. Pay close attention to dreams around the time of the eclipse and for the next 6 months if you have planets near 25 degrees of Pisces, Virgo, Sagittarius or Gemini. Important messages from the otherworld are attempting emerge and give guidance. Pay attention and listen carefully

Eclipses are times of endings, beginning and opportunities to change patterns. Eclipses are portals for cosmic consciousness to flow in and lower vibrational energy to be released. We may feel the darkness and heaviness but there are also many light beings here right now to help us with our healing, to help us change our energetic and psychological patterns from fear to love. We have so much help from the other side reminding us of our place in the Universe. At the core of the Universe is Love and that is who we truly are. Love is the true magic all around us, we just have to wake up and remember!

“Behold there is magic all around you. Awaken, Rejoice and Sing!”