What The World Needs Now Is Love! Cancer New Moon 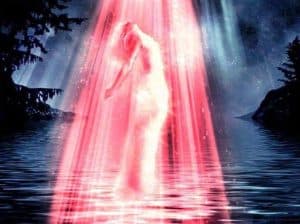 The New Moon at 3 degrees of Cancer is ruled by the Moon. This New Moon is a Supermoon, meaning that the Moon is very close to the Earth so is extra powerful. Lunar consciousness, which is our intuition, emotional sensitivity and affairs of the heart, are our primary teachers for the next month. Cancer and the Moon are closely associated with the archetype of the Mother, especially the Great Mother in her form as Gaia, our Earth Mother as well as the Great Cosmic Mother. During this month we are asked to remember Her as the Unconditional Love of the Universe. We are being reminded to open our hearts and let that love flow through us.

As the archetype of the Mother, Cancer asks us how we “mother” ourselves. It is often easier to meet the needs of others than for us to ask for what we need or take care of ourselves. Remember, we can’t give when the well is dry, so love yourself and make this a month of self-care. Ask for what you need! It is vital that we love and honor ourselves before we can do that for anyone else.

The Moon represents our emotional or astral body, where all the memories of the soul are encapsulated in emotional form; it is our ancestry, our lineage and how we have been imprinted by our past. Cancer is a very sensitive and emotional sign. During this New Moon, our emotions may be heightened with old memories rising. It is important to let those feelings pass through without attaching ourselves to the memories. Holding on to old feelings can be experienced as grudges; it is time to let them go. They have worn a groove in our brains but can be re-patterned so they are no longer triggers for us. As we allow old energy which can be personal, familial or ancestral,  to be released, it allows us to remember more deeply who we really are with the recognition of our connection to the larger cosmos.  As fear and negativity leave, it allows us to align with the Unconditional Love of the Universe.

The New Moon is conjunct Mercury in Cancer which is often prevalent in the charts of writers, especially of fiction or poetry. It is said that it bestows great imagination but others say that it is actually memories of the soul itself that are being expressed. This can be a very creative time so pay attention to daydreams, night dreams, visions and meditations that bring into focus our “imaginations.” Bathe in the lunar waters of remembrance and create!

Mars and Mercury are conjunct in Cancer at the New Moon.  Mercury represents the mind and communication while Mars is the Warrior archetype and planet of action. We are being asked to be impeccable with our words or to “walk our talk.” Anyplace where that is not happening will come into our awareness. Mars is also a planet that asks for courage, so having the courage to speak our truth is vital. When Mars, the Warrior, is paired with Mercury we can use our words as weapons and they can really hurt, so we must speak our truth with kindness. The anagram, “THINK,” is very important. Is what you have to say True, Helpful, Inspiring, Necessary and Kind? If not, it may not need to be said.

Both Mars and Mercury are “out of bounds” meaning they are higher in the sky than the ecliptic, the path the Sun appears to travel. When a planet is out of bounds, it means it is not playing by the rules and the energy is difficult to manage. It can be a volatile time of heated passions with rash actions and words that create reactions instead of responses. Even the weather is volatile with temperatures rising all over the the world.  During this time the shadow side of both planets as well as the sign Cancer is prevalent.  Cancer is very sensitive and can take things personally, it is hard to find objectivity. We may find ourselves being very defensive and reactive. As Miguel Ruiz says in the “Four Agreements” “Don’t take anything personally. Nothing others do is because of you. What others say and do is a projection of their own reality, their own dream. When you are immune to the opinions of others, you won’t be the victim of needless suffering.”

This has been a very big teaching for me right now as some of my old wounds have been triggered by the words of others. The astrology of these times helped me understand the situation.  In this time of Mars and Mercury out of bounds, I found myself reacting instead of responding when an old hurt was triggered.  A friend reminded me that if we can step away from a situation for seventeen seconds, we can stop the reaction and respond more appropriately. As I worked to understand this situation, I came to be aware that I had been allowing someone else’s reality, their opinion, to define me. I was carrying someone else’s emotional pain and I was suffering from it. With some help and increased awareness, I was able to let go of that negativity and suffering through self-forgiveness even though it was a messy process. We are in times of purification and whatever we are holding that is not love is coming up to meet us to be released.

At this New Moon, Mars in Cancer is also in a tight square to Jupiter in Libra and opposing Pluto in Capricorn. It seems it is an opportunity (Jupiter) to understand unconscious (Pluto) motivations or intentions behind our actions. On the other hand, if we are not willing to look into our own darkness where fear resides, it can overtake us. On the collective level it is the fear within the Collective Unconscious that is motivating what is being played out on the world stage. The real battle is what takes place in our own hearts and whether we are choosing love or fear which then decides our actions and creates our world. The more we bring awareness into the unconscious aspects of ourselves the more we can choose to act from a place of love reducing the power the shadow has over us. Changing this world comes from within; as we change ourselves, we change our world. Remember that we are now in the fifth dimension so when we set an intention, whatever we speak or do manifests that intention very quickly.

Another shadow of Cancer that must be addressed, especially with four planets there including Mars at this New Moon, is that of xenophobia, an intense or irrational dislike or fear of people from other countries. Cancer is a sign that loves its own but can be fearful of others. The natal chart of the USA has four planets in Cancer, including the Sun, which can indicate extreme nationalism. With Mars and Mercury out of bounds in Cancer and Mars tightly conjunct the Sun of the USA at this New Moon, we may feel a surge in this emotion. That is why it is so important to open our hearts, remember that we are all part of the human family and let Universal Love flow through us.

I will close with the words of the feminine warrior, Wonder Woman, who said it so well, “I used to want to save the world, to end war and bring peace to mankind. But then I glimpsed the darkness that lives within their light. I learned that inside every one of them there will always be both. The choice each must make for themselves – something no hero will ever defeat. And now I know… that only love can truly save the world. So now I stay, I fight, and I give – for the world I know can be. This is my mission now, forever.”